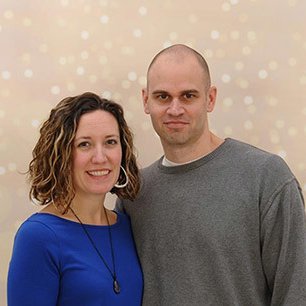 Learn how Marc builds content sites to bring in income and fast-track his path to FIRE. 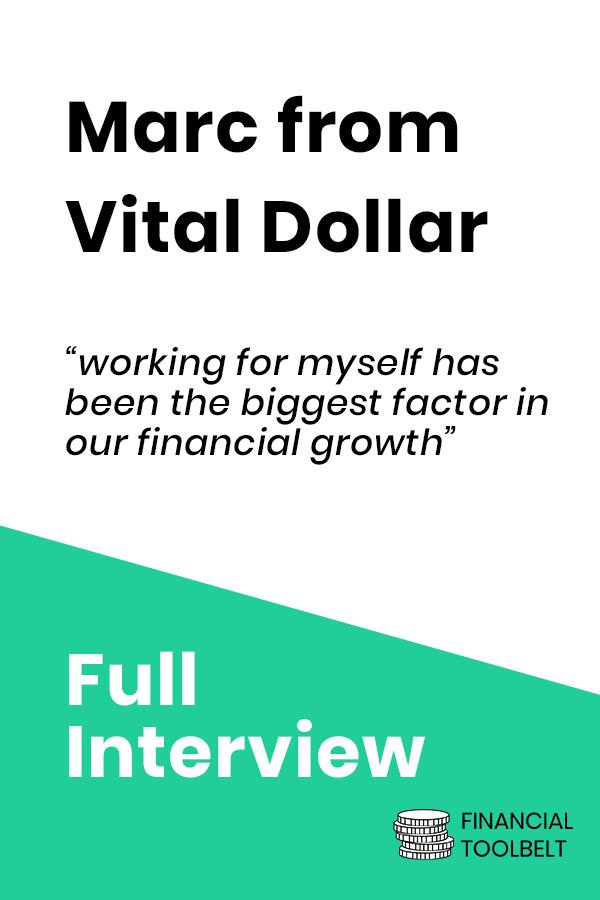 What is your backstory and how did you first get interested in FIRE?

I’ve been looking forward to retirement ever since I first graduated from college in 2002. The thought of working in a job that I didn’t like for 40+ years was pretty depressing. I started contributing to a 401(k) and IRA in my early 20’s but my income was pretty low throughout my 20’s so I never felt like I was making much progress. Plus, the recession put a big dent in the little bit that I did have saved.

In my late 20’s I started doing some web design work for family and friends and I decided it was a good way to make some extra money. I set up a portfolio site and started looking into ways to find clients. I put a blog on the site and starting experimenting with social media. The blog took off really quickly and after about a year and a half of consistent effort I was able to safely leave my full-time job to pursue my own business. At that time I had been married for about two years, but we didn’t have any kids yet.

I turned 30 the same week that I left my job. Fortunately, my 30’s have been a lot more productive financially than my 20’s. Business has been pretty good, but my income varies a lot, which is why my savings rate varies as well. One of the biggest reasons for that is I’ve sold several websites over the years. When I sell a site I get a nice lump sum, but then my income takes a big hit until I can replace it with income from another website.

My wife and I have always been on the same page financially, and we both prioritize saving (especially since my income is up and down). We both grew up in frugal families, so we’re naturally careful with our money.

It’s only been in the past two years that I’ve started to become familiar with the FIRE community. My approach is different than some other people (I’m not an extreme minimalist), but my goal is to be able to retire at at 55.

Learn from the best about financial independence

Why is FIRE important to you?

For me, it’s all about having more freedom. I enjoy what I do for a living and I get bored very easily, so there is no way I would completely retire anytime soon. But I want to be in a position where my family is in good shape regardless of my income.

We have two kids, a 5 year old daughter and 3 year old son. My wife has been a stay-at-home mom since our daughter was born, so we’ve been a single-income family for almost 6 years now. Even though my income has been pretty good over those six years it can still be stressful at times with an unpredictable income. I’d love to be able to not have those concerns.

My wife and I hope to do a lot of travel when we’re retired (or semi-retired), and I don’t want to have to be concerned with making that travel work with a really tight budget. I expect that our expenses will increase in retirement because of that.

Earlier this year I started Vital Dollar, hoping that I’ll be able to help other people who want to make more or save more, and to learn a lot more on my own journey as well.

What other types of income do you have outside your main job? (housing investments, side hustle, etc.)

What is now my main job (internet marketing) started as a side hustle. At any point in time I typically have a few different websites that I’m working on. My preference is to have one site that accounts for the majority of my income and supports our family, and then have some other websites that are basically side projects, and maybe one of them will turn into something bigger. That’s the ideal scenario, but it doesn’t always work out that way.

A few years ago I decided to create a website around my photography hobby, and that wound up doing pretty well and became my primary focus when I sold my other website.

My feeling is that I can make more money with my business than I could with most side hustles, so if I have time to work it usually gets put into my business. I try to look at new, small websites sort of as side hustles so they don’t take time away from my other websites that are actually making money.

A few years ago my wife and I started a business selling private label products on Amazon. It was supposed to be a side hustle, but it turned into something that needed more time, so we eventually sold the business.

Of course, we have some investments that produce income, but that just gets reinvested.

Want to see how fast your investments can grow?

Our compound interest calculator can help you predict the value of your investments over a number of years.

See how much your investments will be worth in the future and how fast your money can grow.

What tools, processes or services has helped you save or make more money to achieve FIRE faster?

I have a solo 401(k) with Vanguard that I try to max out. It’s a great way to lower taxes and save for retirement at the same time. My IRAs are also with Vanguard.

This isn’t really a tool, process, or service, but working for myself has been the biggest factor in our financial growth. We never would be anywhere close to where we are financially if I had stayed in my old job.

In 5 years I see myself in pretty much exactly the same spot I am now, working in my own business and running Vital Dollar. I have, at times, thought about getting a “real” job, but that’s not my preference.

In 10 years, I really have no idea, other than still working towards FIRE. At that time my kids will be teenagers and will still in school, so hopefully we still live in the same place and are still on track for early retirement.

In 20 years I hope to be semi-retired. I want to be traveling a lot and probably working in some capacity on my own terms.

If you were new to FIRE, what would be the first steps you take?

We put together a list of the best podcasts about FIRE 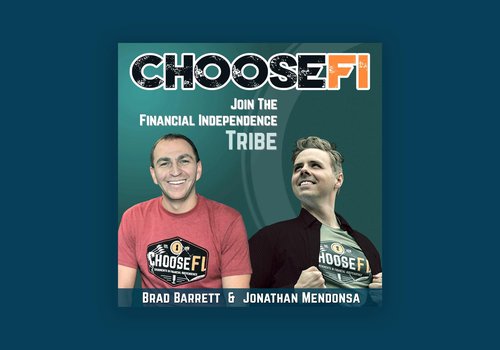 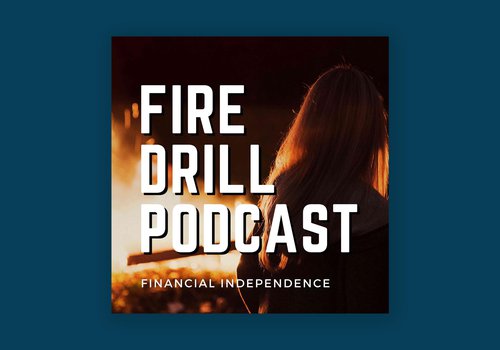 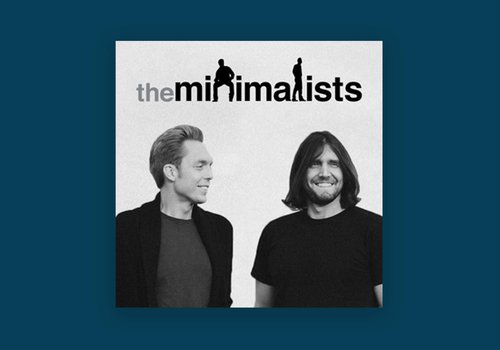 View all 5 items in this collection

In your opinion, should people striving for FIRE focus on lowering their spending or increasing income?

I think it depends on the person and their situation. For someone who manages their money pretty well already, I would say increasing income will make a much bigger impact.

But if someone is bad with managing money they’re not going to get ahead even if they make more. So for those people I would say lowering spending and developing some good money habits should be the focus first, and then move on to making more money.

When I was in my 20’s I was pretty careful with money but I didn’t make much so my progress was very slow. In my 30’s my income increased and it made all the difference.

Hiking is one of my favorite things to do. I love landscape photography and a lot of times that involves hiking. Over the years I’ve come to enjoy the hiking as much as the photography.

A lot of my spare time is spent with my family. It could be playing in the yard with my kids, coloring, playing games, or anything else. 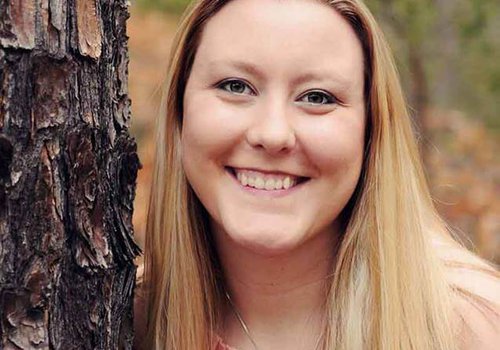 Ashley from Budgets Made Easy

Learn about how Ashley from Budgets Made Easy paid off $45,000 of consumer debt while being a mom to three kids. 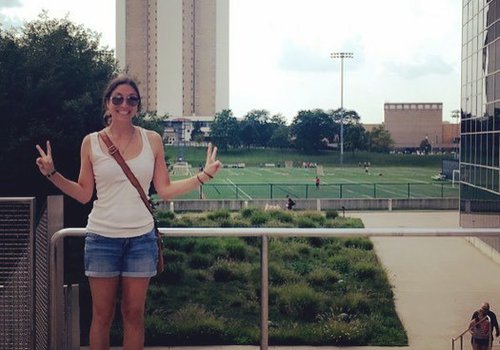 Learn how Miriam from Millionaire Millennial is going to retire early and become financially independent as a teacher. Her interview can help everyone understand their retirement options and new accounts. 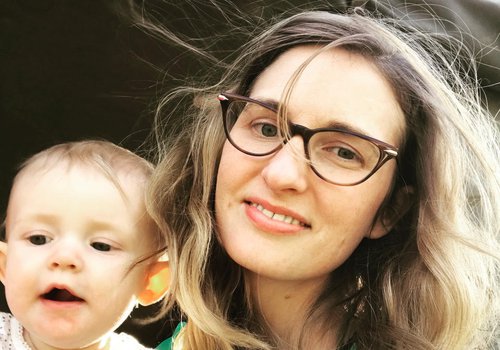 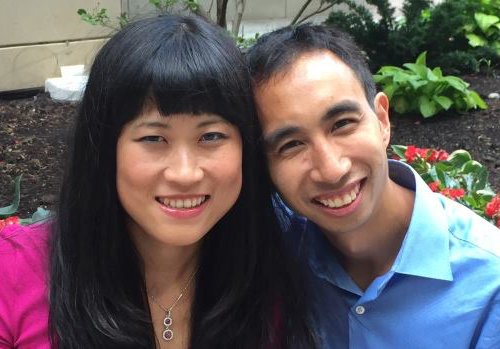 Kristy and Bryce from Millennial Revolution